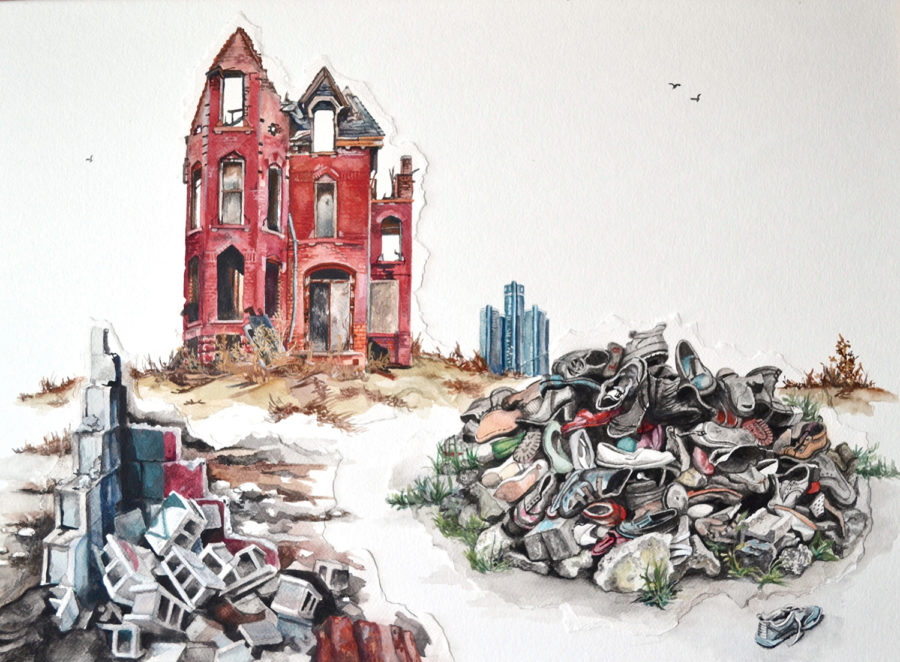 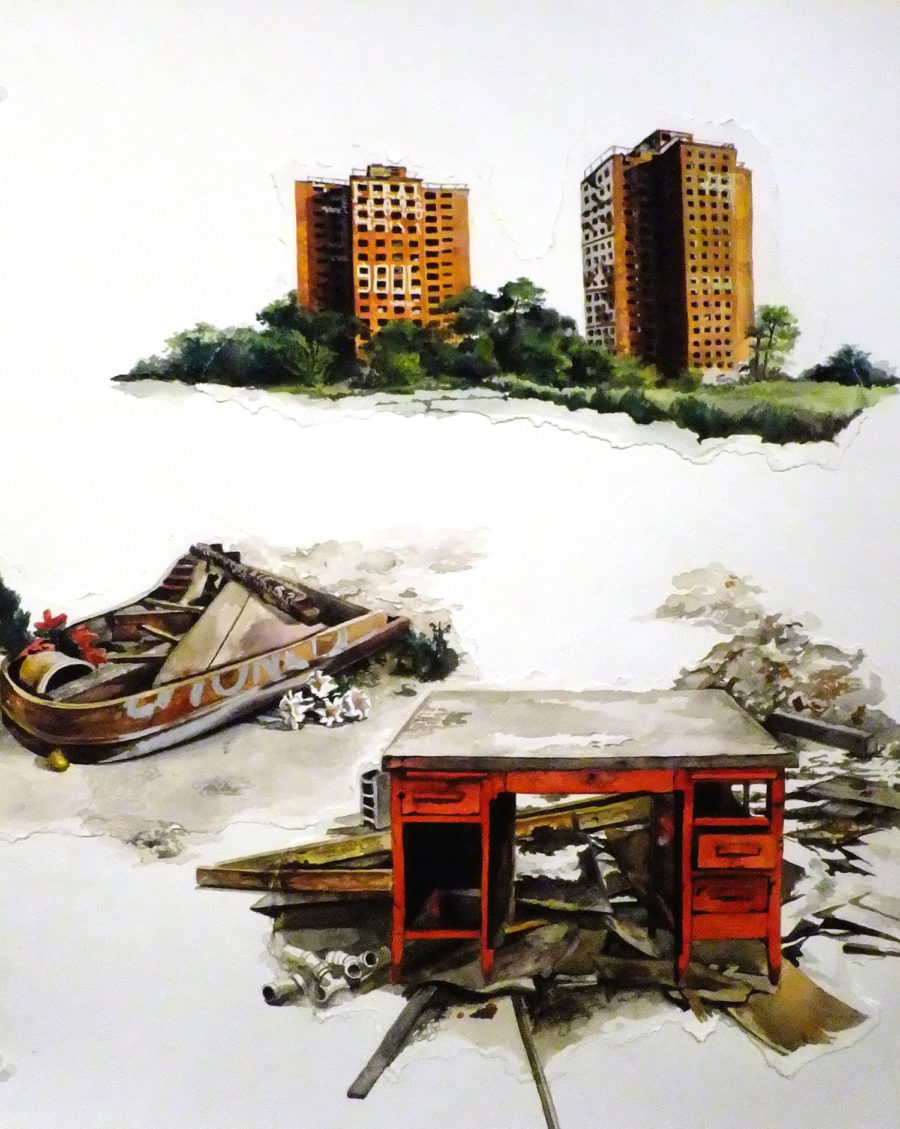 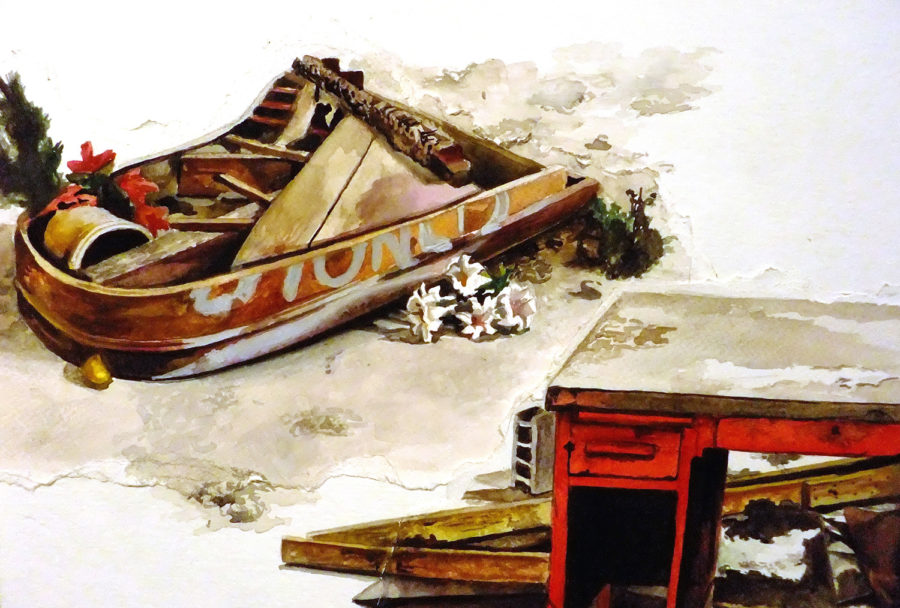 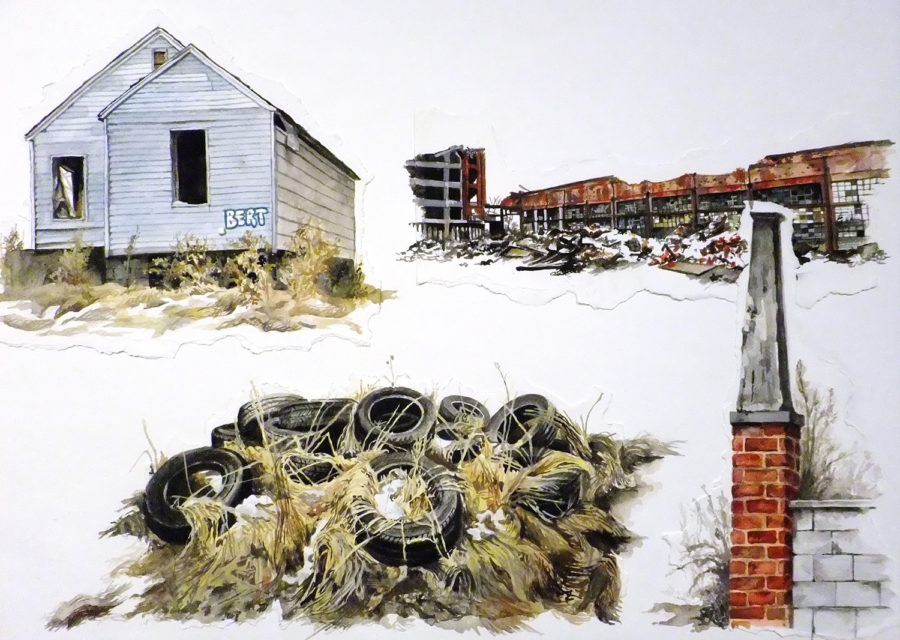 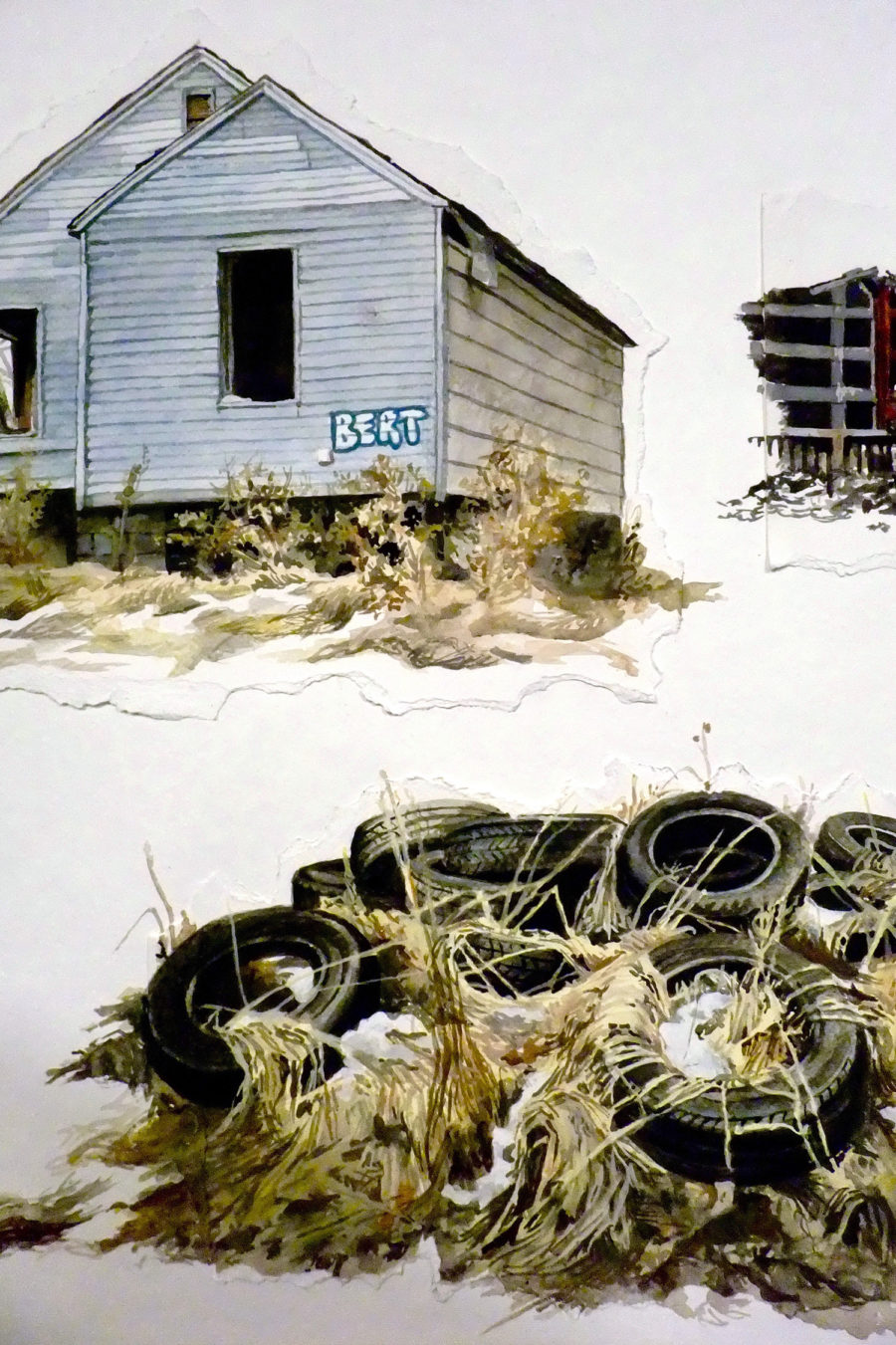 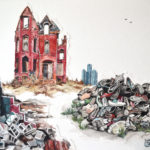 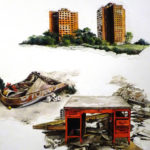 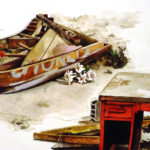 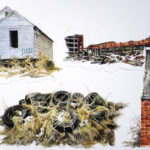 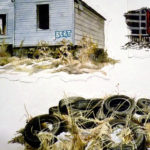 The Composition in “D” series addresses false representations of place and identity based on the shortcomings of popular media representations of urbanity. The painted collages address the larger cultural problem of representation by using the specific visual language of false representations of urban centers often propagated in media, reflecting both the positive and negative inflections in news coverage. The series exposes how popular depictions of cities like Detroit as a revived hipster utopia or post-apocalyptic wasteland fall short of properly telling a city and a people’s story. Imagery in the series is appropriated to expose tropes of media reportage, while highlighting representation’s constructed nature through a series of painted collages combining disparate fragments of imagery to create imaginary and captivating false landscapes rooted in sensationalized iconography. The goal of the series is to create dialogs about identity, representation and representation’s failings, forcing us to critically examine the lenses through which we view one another and the prejudices and problems misrepresentation creates.