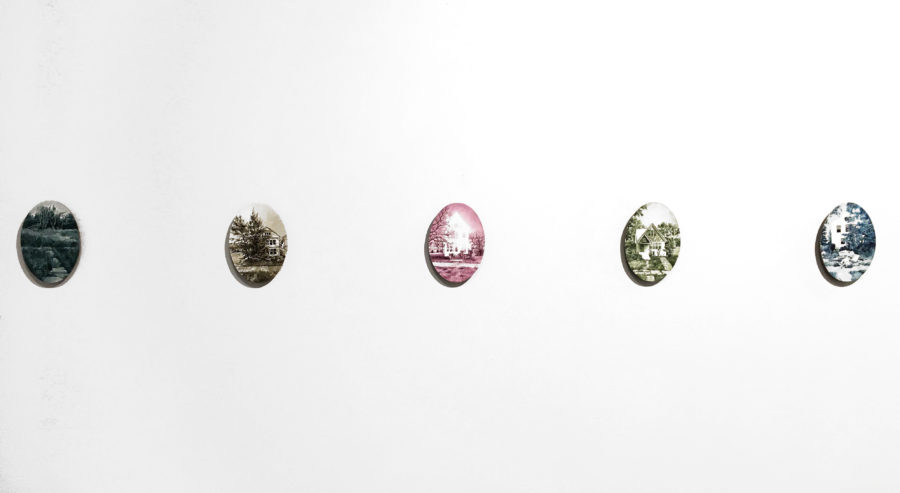 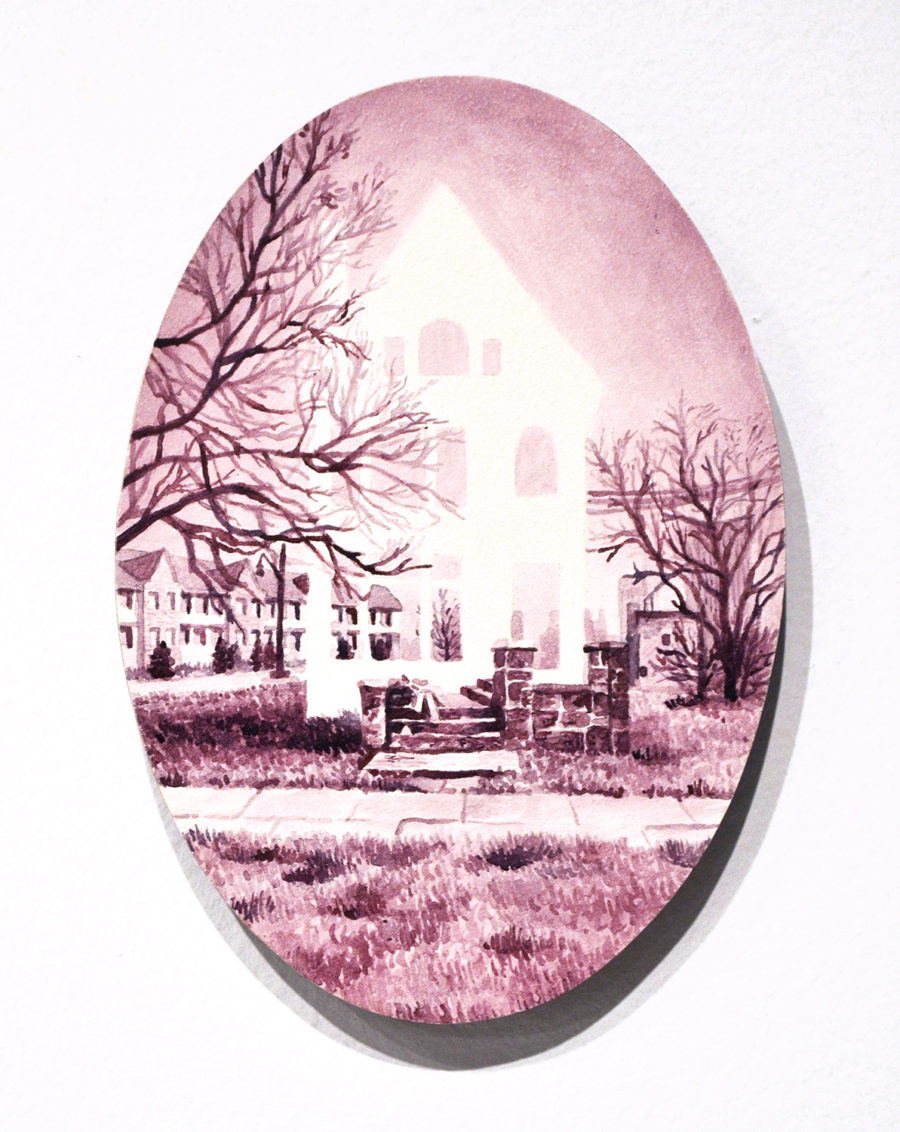 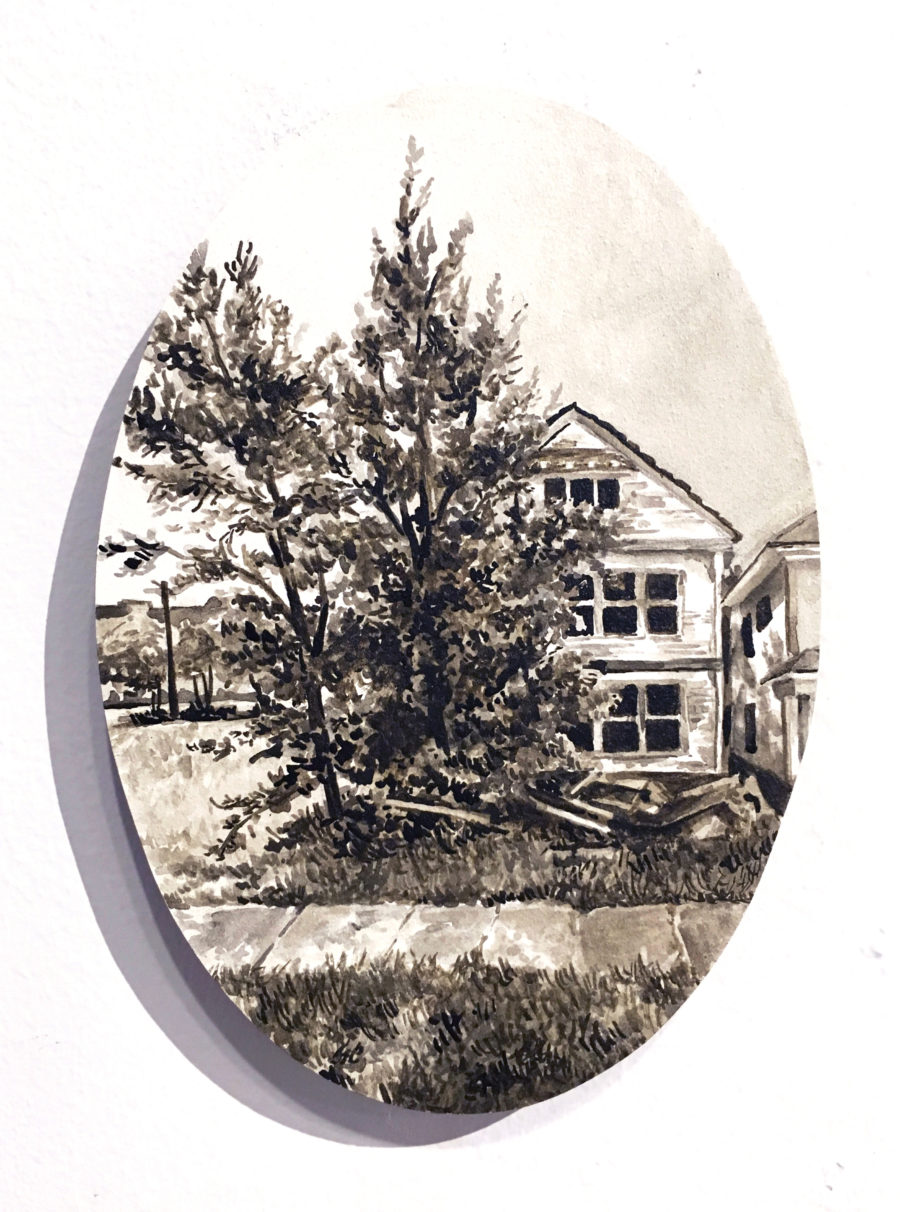 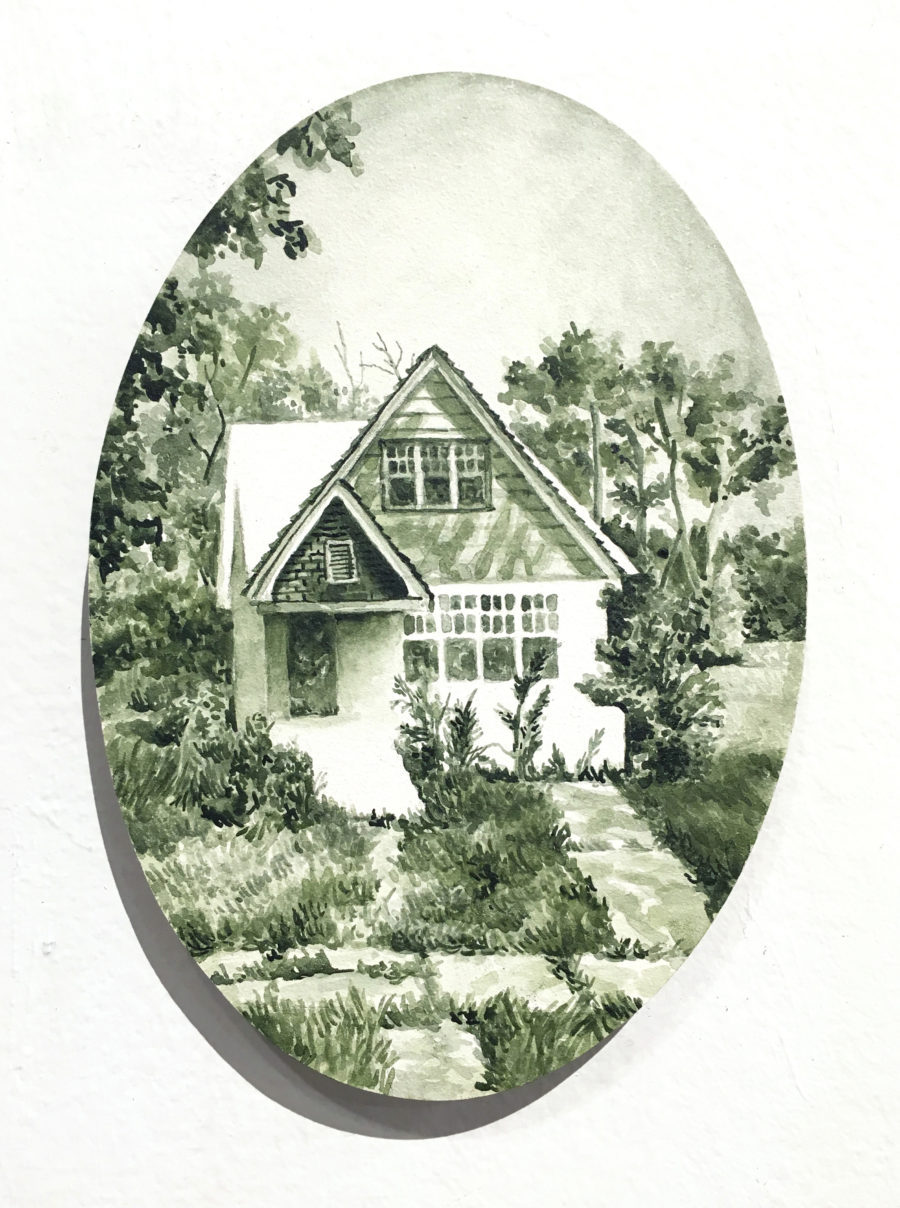 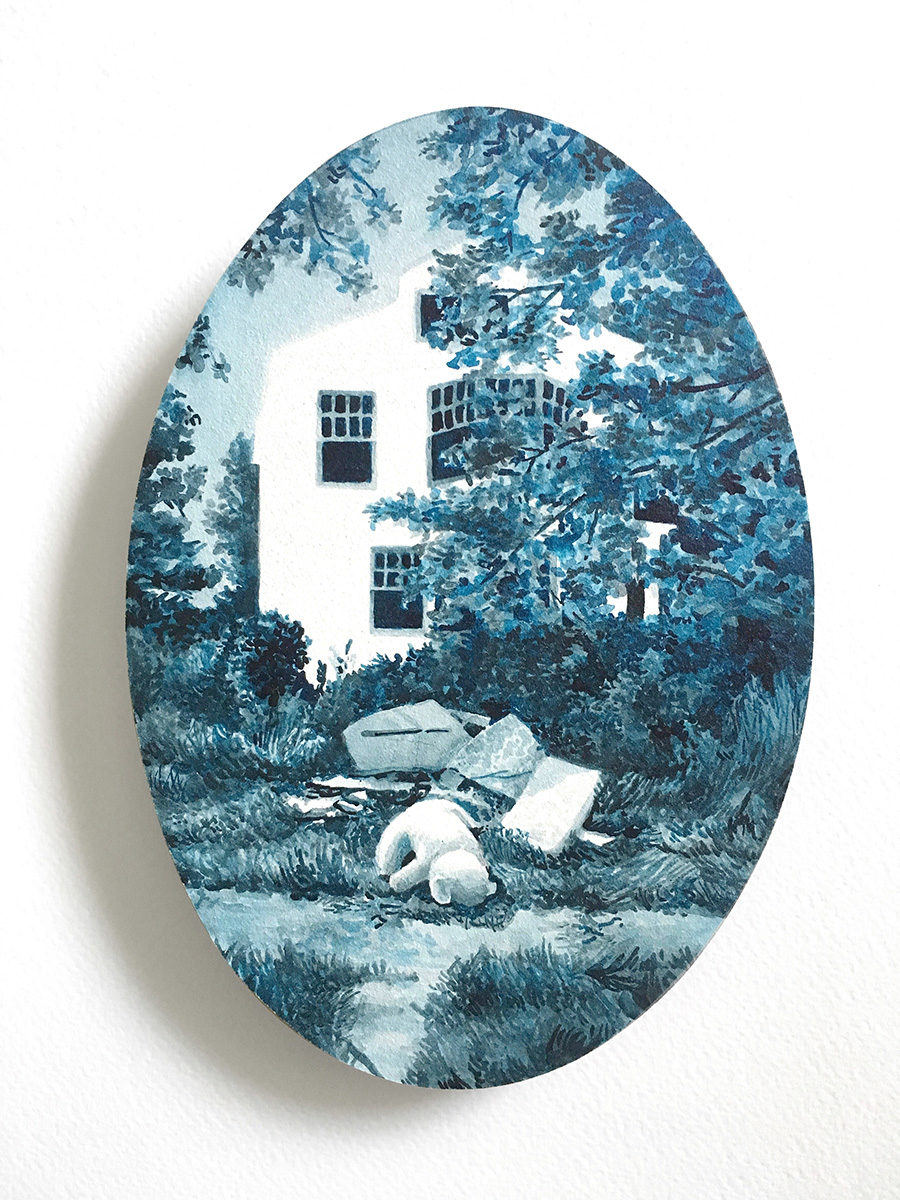 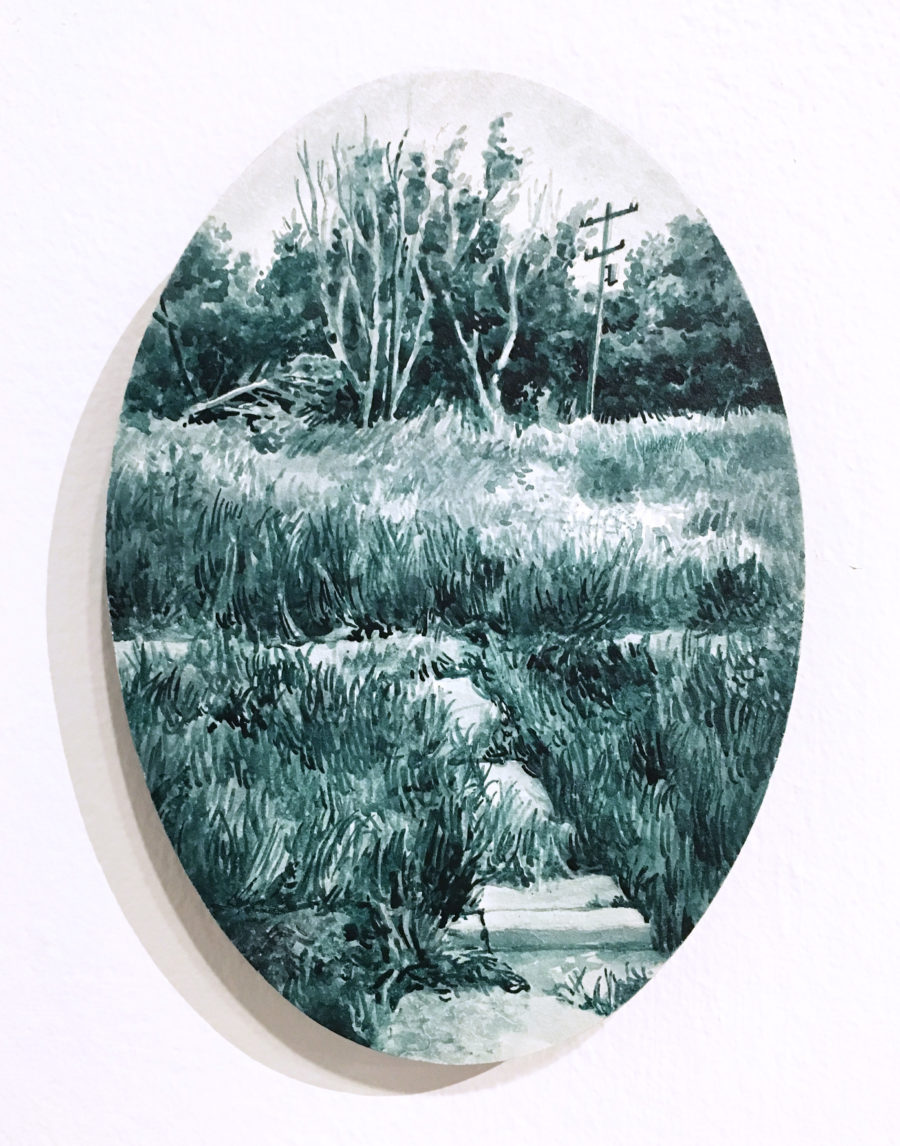 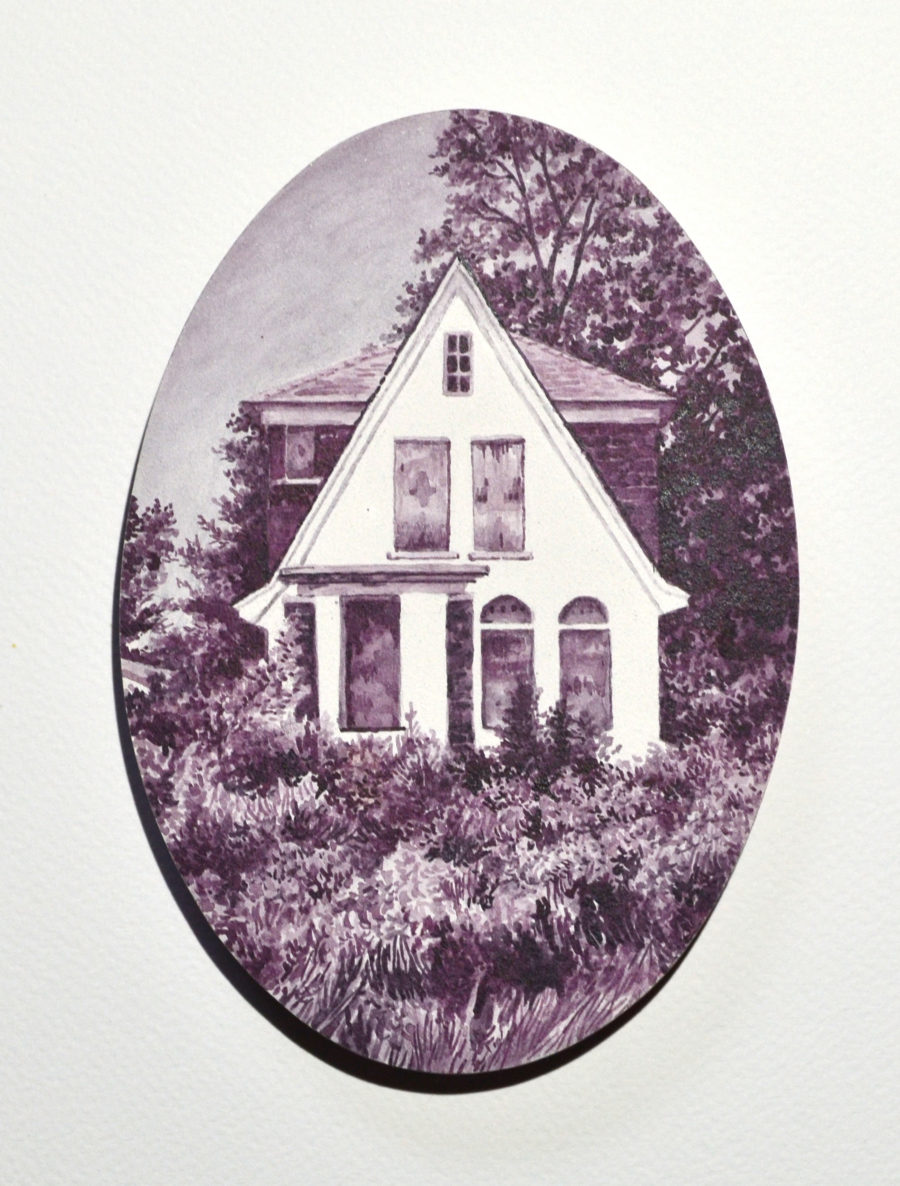 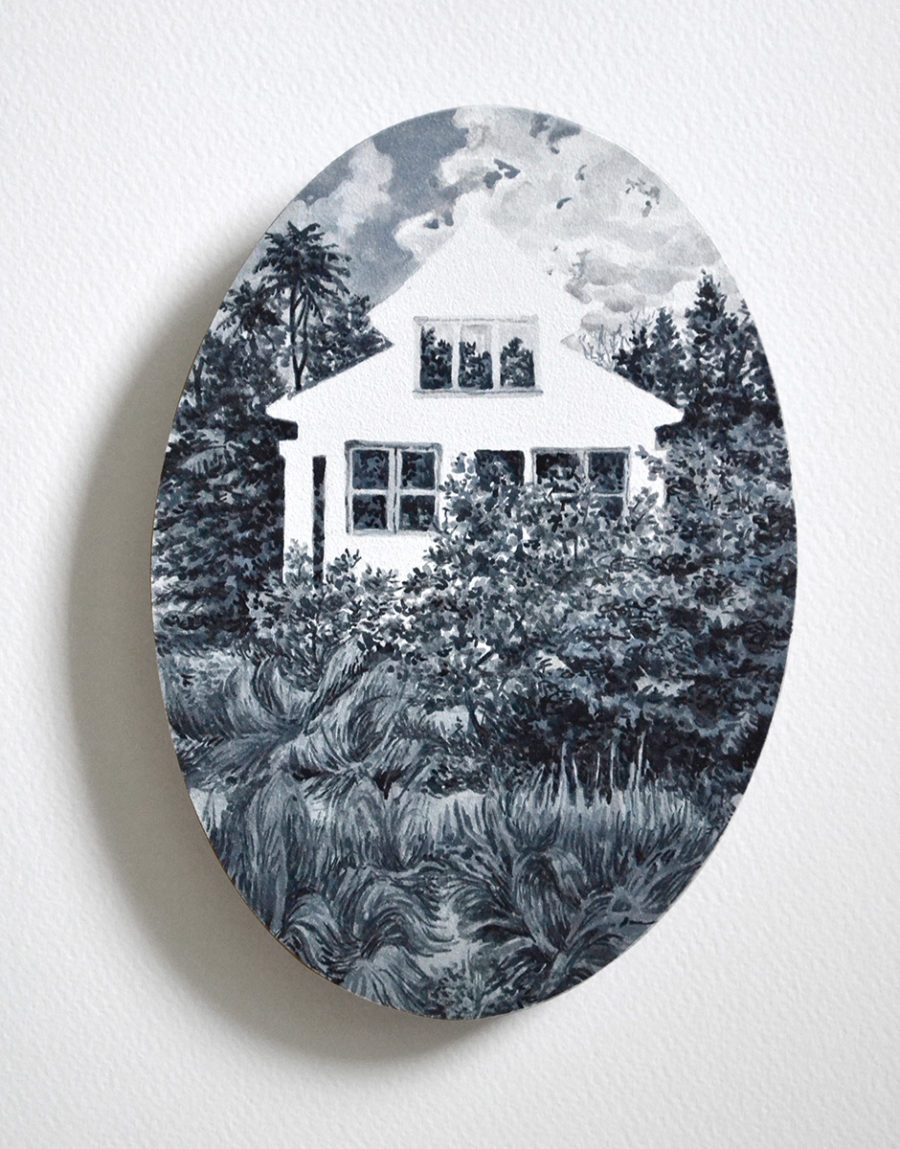 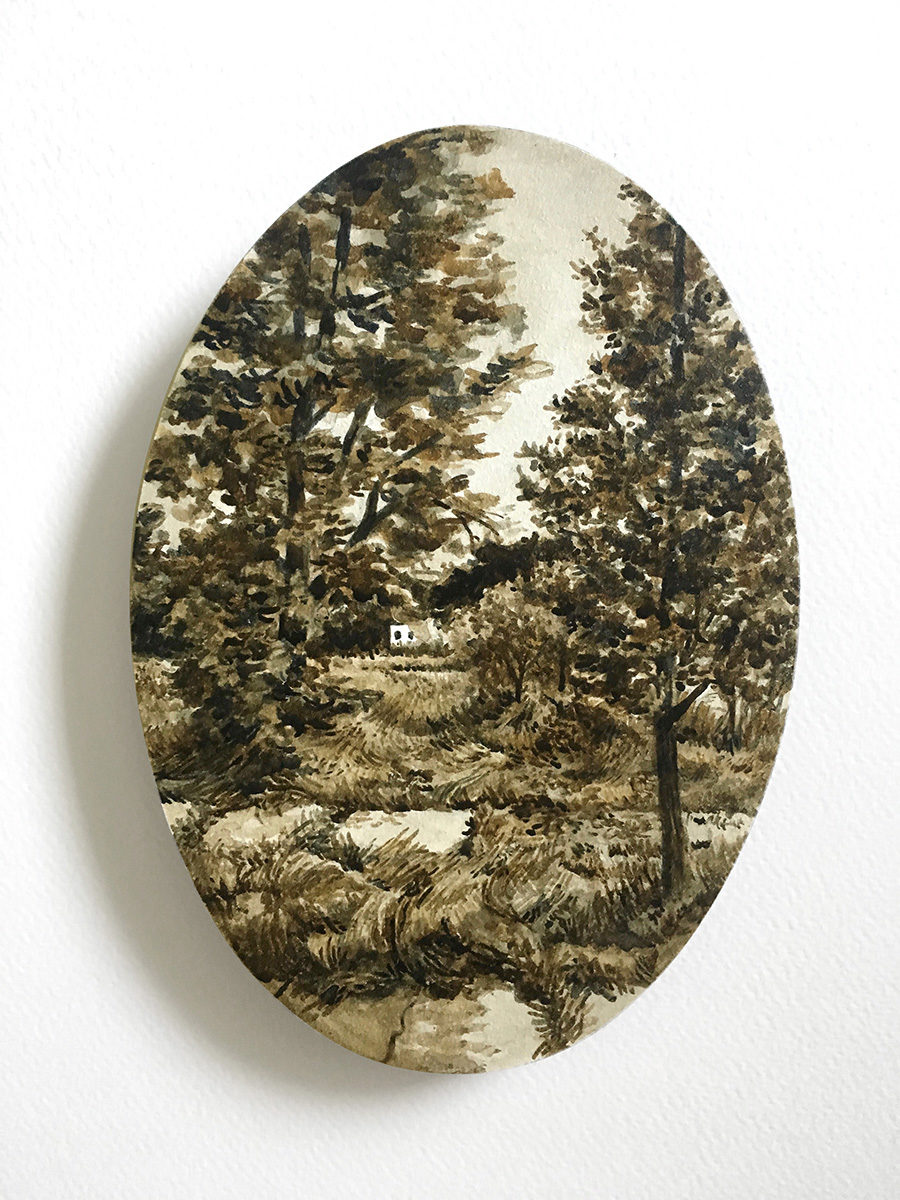 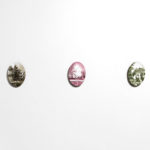 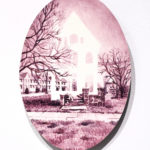 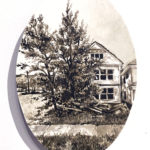 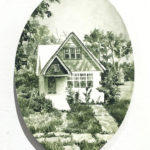 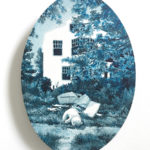 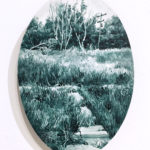 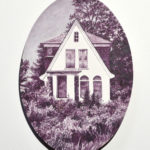 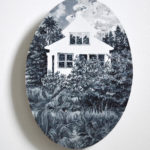 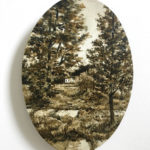 Portraits of Home Series is an ongoing series of small oval ink on panel paintings first begun in 2018. An offshoot of Homesickness Series, the series is a study of the connections between architecture and portraiture and the connections between the homes of a city and the individual human stories they contained. Each individual work is a portrait of an endangered or lost home within the cities of Detroit and Highland Park, and serves to memorialize threatened histories or serve as stark reminders of the absence left behind by the physical erasure of markers of history in the name of blight removal or gentrification. While images of Detroit’s empty and abandoned industrial behemoths have dominated much of our cultural imagination, the devastating impact of generational disinvestment, corporate abandonment and suburban outmigration is most dramatically seen across the dozens of square miles that are Detroit’s sprawling residential neighborhoods.  Through a focus on specific domestic spaces and lots, the series connects to the experience of individual people and families who occupied each site, exploring connections between identity and the role that home and memory play in it’s formation. The series is continually expanding-eventually the large scope of the project will be representative of the large scale of abandonment, blight and destruction being experienced within the region’s once densely populated neighborhoods.