Exhibition: “Spaces Between” at James May Gallery 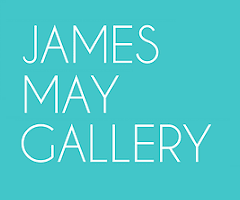 Michael Banning was born in Boulder, Colorado in 1966. He received his BFA from the University of Colorado, Boulder and his MFA from Minneapolis College of Art and Design. Banning’s oil paintings and drawings of contemporary American urban, industrial, and domestic landscapes have been exhibited in solo exhibitions in Chicago, Denver, Minneapolis, and New York City. His work was most recently exhibited in a solo exhibition at the Edward Hopper House museum and study center in Nyack, NY, in 2019. Banning’s work has also been included in regional group exhibitions at several Midwestern institutions, including the Minnesota Marine Art Museum, the Rockford Art Museum, the Kohler Art Center, the South Bend Regional Museum of Art, Fort Wayne Museum of Art, and Manifest Creative Research Gallery in Cincinnati, among others. Banning is the recipient of grants from the Minnesota State Arts Board, the Jerome Foundation, and the City of Chicago, where he lived for seven years. Banning and his wife, artist Melanie Pankau, live in Minneapolis where he teaches at the Minneapolis College of Art & Design and Metropolitan State University.

Lisa Wicka is a mixed media printmaker and educator. Her work revolves around the self evolving through experience, place, failures and successes. Often referencing architectural spaces, wallpapers, and raw materials, her work plays with perspective, dimension, fragility and time. Wicka graduated with her BFA from the University of Central Florida and her MFA from Purdue University. Her work has shown both national and internationally and she has participated in numerous residencies and workshops including SparkBox Studios, Women’s Studio Workshop, Ålgården workshop in Sweden, and Officina Stamperia del Nataio in Sicily. Wicka currently is Assistant Professor of Printmaking at the University of Wisconsin, Green Bay.

Whitney Lea Sage is a multidisciplinary artist and educator originally from metro-Detroit currently serving as Assistant Professor of Art at North Central College in Naperville, IL.
Whitney’s work, which includes practices of painting, drawing, sculpture, fibers and installation, has previously been featured in several solo and two-person exhibitions and notable group exhibitions at the Painting Center, Superfront LA Gallery, the Lexington Art League, UICA, the Muskegon Museum of Art, the Kennedy Art Museum and the Dennos Museum Center. A selection of Sage’s recent work has been recently featured in a solo exhibitions at Art Reach Mid-Michigan, ROY G BIV and Ripon College. Whitney’s creative work has been featured in a number of publications including Manifest Gallery’s INDA 14, Refract Journal, Hour Detroit Magazine, WomanArts Quarterly Journal, Newfound Journal, Maake Magazine, and the Post-Industrial Complex catalog, published by the Museum of Contemporary Art Detroit as a survey of makers in the Detroit area.